Ben Berns:  Landscapes exhibition opened at the Betty Ray McCain Gallery at the Duke Energy Center for the Performing Arts.

Precision drawings and paintings of rural landscapes in North Carolina, Montana and Wyoming comprise this exhibition.  The drawings and paintings are by Ben Berns (1936-2007), the Dutch born artist who spent a good part of his life in Greensboro.
Upon initial encounter by viewers, his graphite works are often mistaken for photographs due in large part to their extremely precise detail.  However, upon examination at close range, the mark making approaches abstraction.  Keep in mind that these works were done at very close range meaning that the artist developed a method of drawing that, when viewed from a short distance, the marks coalesce into realistic representation.
It is interesting to observe the total absence of humans in the Berns landscape.  Occasionally, the viewer will see a plowed field, a garden or a small structure among the lush, verdant scenes.  But the viewer will see no human beings, only evidence of human presence.
Berns was born in Ginnejen, The Netherlands, on May 15, 1936.  Encouraged by his mother, he began painting at age eight.  Bored with school Berns  quit at 14 and went to work in a printery.  He later apprenticed with a  master lithographer in Amsterdam.  He served his required two-year stint in the Dutch army and then settled in Paris, absorbing himself in the art scene for five years.
He immigrated to the United states in 1963 on an invitation of Pratt Graphic Art Center, where he taught printmaking.  While in New York City he sold Japanese prints and operated an art gallery.
In 1970 Berns was recruited to teach printmaking  and drawing at the University of North Carolina  at Geensboro.  In his second year there, he was awarded the prestigious Guggenheim Fellowship.  He remained at UNC-G until 1982 when he left the university to paint and draw full-time.  Ben Berns died in northern Virginia in February 2007 at age 70.
Works by Berns live after him and have made their way to some of the world’s great museums including the Stedelijk Museum in Amsterdam, the British Museum in London and the Musee Cantitni in Marseille, France, the Library of Congress in Washington, D. C., and the Walker Art Center in Minneapolis.  In North Carolina his works may be found at the North Carolina Museum of Art, the Weatherspoon Art Museum and the Greenville Museum of Art. 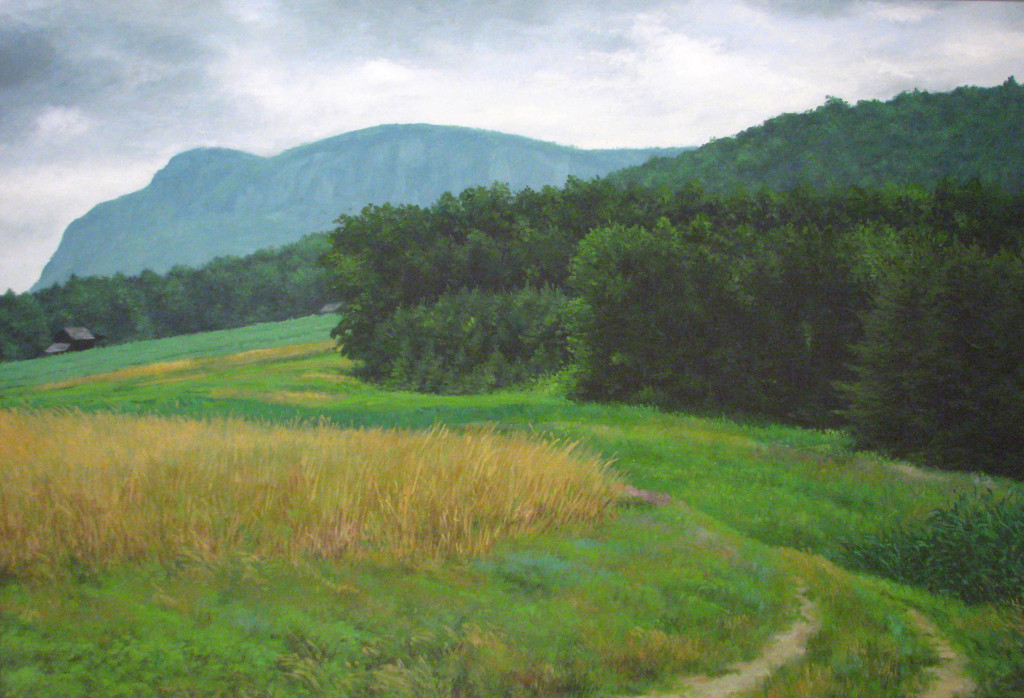