Raleigh artist Richard Marshall puts the finishing touches on the refurbished steel sculpture by the late Robert Howard of Chapel Hill.  The piece, entitled Landscape XX, was executed in 1970 and has been shown at the Ackland Art Museum in Chapel Hill and at the Whitney Museum of American Art in New York City, among other locations.  Howard, who taught sculpture at UNC from 1951 until 1988, is considered the state’s most preeminent modern sculptor.  He continued to live in Chapel Hill until his death in 1999.  In a survey of modern sculpture, organized by the Los Angeles County Museum of Art, Robert Howard was identified as one of the leading American sculptors of the 20th century.

Landscape XX is installed in the parking lot of Dock 1053 at the intersection of Whitaker Mill Road and Atlantic Avenue in the complex that houses Lee Hansley Gallery.  The sculpture is shown courtesy of the gallery with the cooperation of Grubb Ventures, developers of the property.  The sculpture became an instant landmark at Dock 1053. 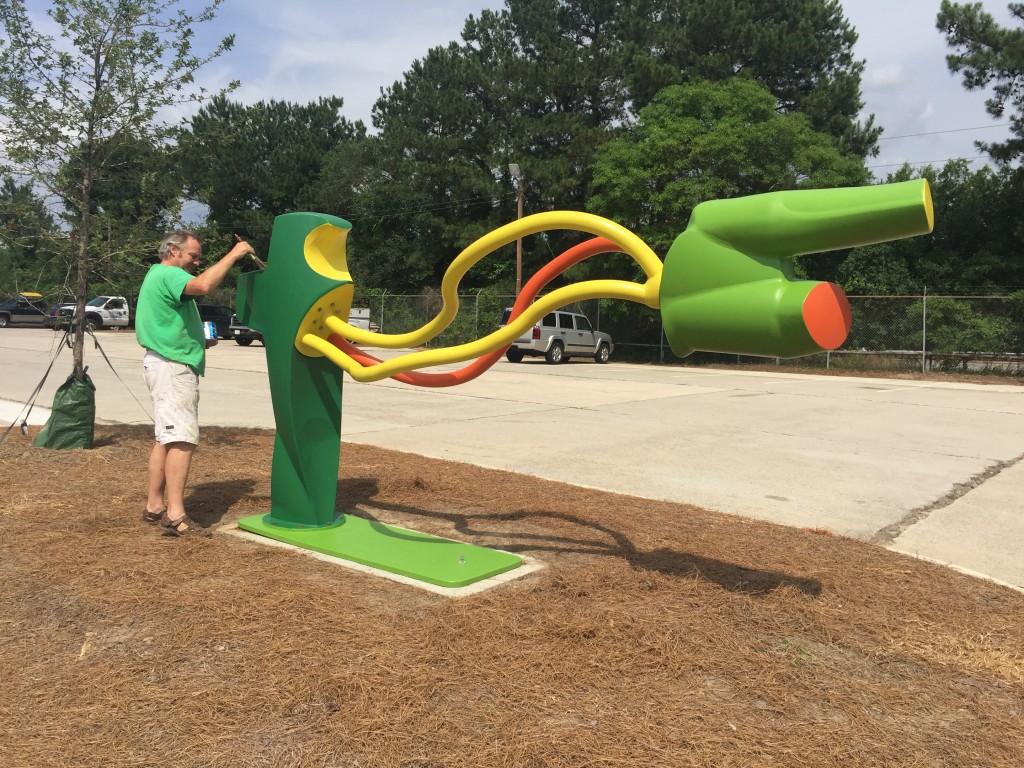 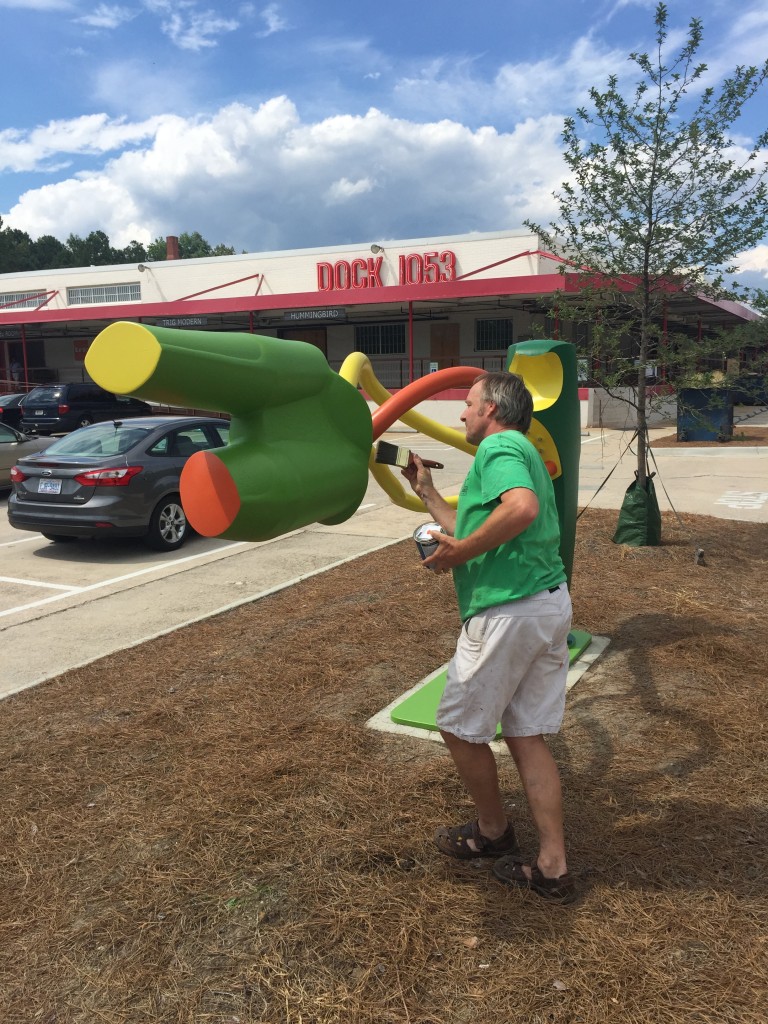