Farewell to the Glenwood South Ginkgo

As autumn regresses into winter we say farewell to the grand and glorious ginkgo tree at the former Lee Hansley Gallery at the corner of West Lane Street and Glenwood Avenue. Gallery owner, Lee Hansley, and artist, McDonald Bane, planted this tree at Bane’s New Hill home 23 years ago when it was a mere stick of less than 12 inches high. Hansley transplanted the ginkgo to Glenwood South seventeen years ago to replace a fading tree on the city’s street lawn. The ginkgo is the only living species in the division Ginkgophyta, all other being extinct. It is found in fossils dating back 270 million years. It is considered one of the best cityscape trees, since its root system goes down more than out. 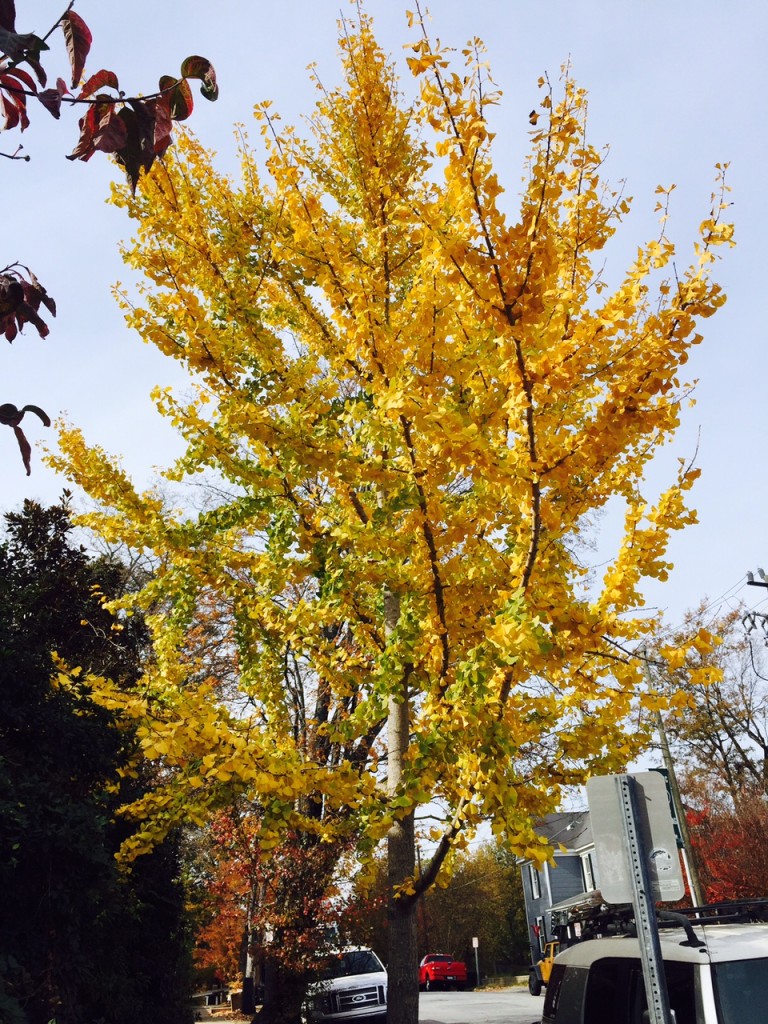