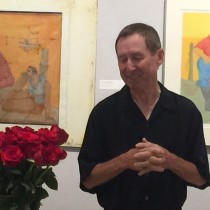 Carson Tredgett, the master printer of a suite of 10 serigraphs by noted North Carolina artist Claude Howell, gave a gallery talk Sunday at the opening of the comprehensive exhibition of prints.

Tredgett, who for 35 years owned and operated Carson Tredgett Serigraphics in Charlotte, discussed in detail the processes involved in producing the prints.  He also discussed his relationship with the artist in the collaborative endeavor.

Tregett was quick to point out that the Howell serigraphs, while derived from original paintings by the artist, were not an attempt at a reproduction.  The prints became their own art form because the artist could and did make changes through the printing process.  Tredgett pointed out that while the artist medium is paint on canvas, the printer’s medium is totlly different–ink on paper.

Each of the prints has between 36 and 48 colors, meaning that film had to be cut that many times and that the paper had to be run through the press that many times.  There is much room for error so the printer begins with a stack of 100 percent rag paper far greater than the number of signed and numbered sheets that were sold to the public.

Tredgett was allowed by the artist to keep a printer’s proof from each edition.  It is these proofs that comprise the accompanying exhibition.  Most of the subject matter is from Ocracoke; however, one image is of a downtown Wilmington street and another is an image of a Wrightsville Beach seaside cottage.  The exhiibition also contains examples of the film that is cut to produce the prints as well as anotated proofs with notes from Claude Howell and Tredgett.  The viewer can compare the artist’s comments to the finished work hanging adjacent to the progression proofs.

The exhibition is enhanced by black and white photographs of Claude Howell by Nona Short, Allen Weiss and Jerry Blow, all of Raleigh.

Howell, who is one of North Carolina’s most celebrated native artists, never received any formal art education–though he did study privately.  He founded the art department at the University of North Carolina at Wilmington and painted scenes from the Cape Fear region and the Outer Banks of North Carolina.  Howell’s sage advise to artists was “paint what you know.”

Howell worked with the master printer Tredgett for nearly 25 years in producing the suite of prints that are on view in the gallery now.  Tredgett is a native of England and became an apprentice in a print shop at age 16 and by age 20 he was the commercial shop’s supervisor.  He moved to Charlotte in 1977 and established his own printing concern in 1979.

The exhibition, which is entitled “Claude Howell:  Master Painter; Carson Tredgett, Master Printer,”  will remain on view through September 29.  This is the last exhibition Lee Hansley Galllery will host at 225 Glenwood Avenue.  The gallery will move to Dock 1053 at 1053 East Whitaker Mill Road in Oc tober. 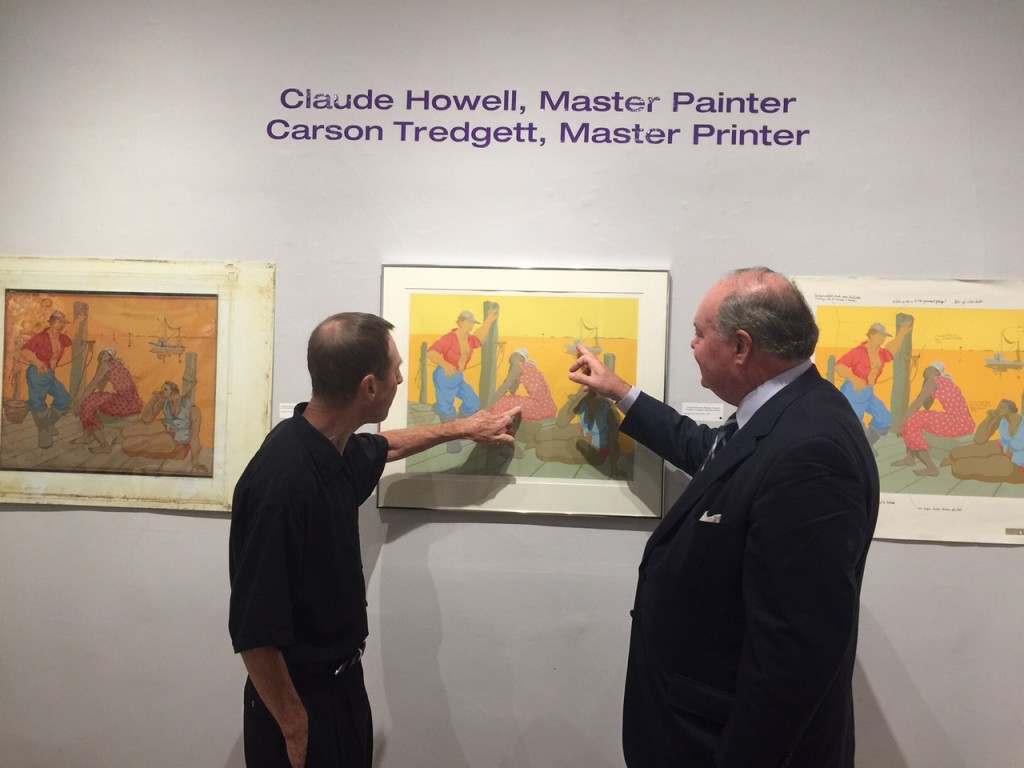